The UK has a lot of trail centres and more are appearing due to the interest in mountain biking is growing year-on-year. Each trail centre has it’s own unique style, usually dictated by the local topography and geology.

I have the Cannock Chase area of outstanding natural beauty on my doorstep – in just over one mile I’m in the trees and another mile I’m riding my first single-track descent.

The official trails at Cannock are a little further, about 4.5 miles from home, which takes about 20 minutes on my Orbea or 30 minutes on my Santa Cruz. There are two official loops which can be ridden independently. However, most either ride just Follow the Dog or combine it with The Monkey Trail, making one large 12 mile loop. 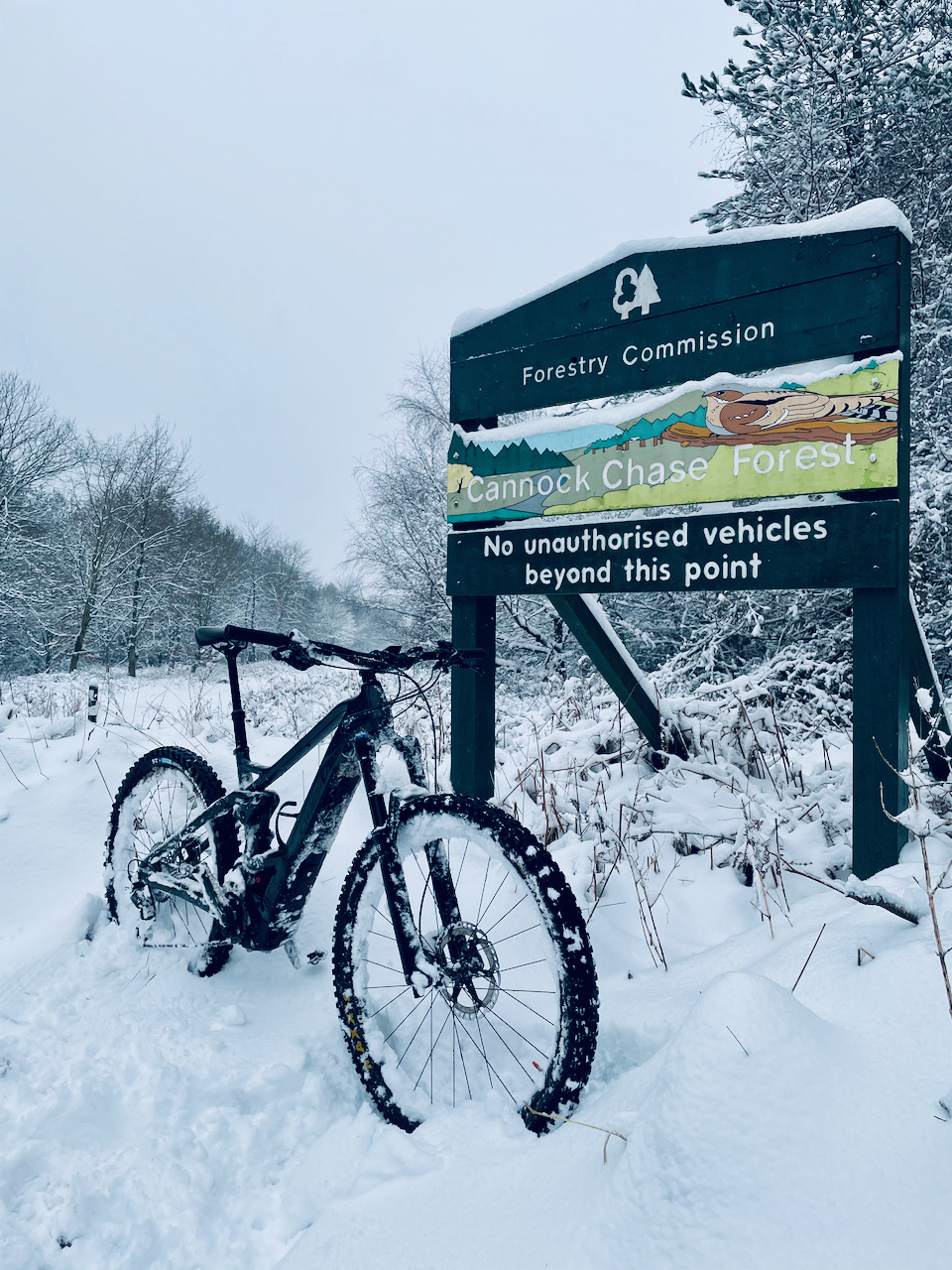 I have been riding over Cannock Chase for nearly fifteen years and a lot has changed in that time. The Monkey Trail wasn’t open when I started and the whole final section of Follow the Dog has been changed (and changed again). In this time, I have also explored a lot of the fire roads which intersect all areas of The Chase and in doing so I have found a lot of other single-track trails.

I ride The Chase in all weathers, with dust in the summer, deep mud in the winter and even in the snow. My favourite official trails are definitely Lower Cliff and the entire Tackeroo descent.

Non-official trails, now make up the bulk of my riding, these are known as “off-piste”. When riding on the weekend, especially in the warmer months, the official trails are getting busier, with the increasing popularity of mountain biking – this is a good thing. So I find it much better to avoid these trails during those times and luckily The Chase has a massive selection of other single-track trails to ride – if you know where to look.

Nothing is especially hidden, it’s just most of the trails are off the beaten track. These are mostly natural trails and provide a different type of challenge than the ones aimed at the mass market. Nothing is graded for skill-level and the trails could have unwanted obstacles such as fallen trees or walkers, so you have to ride them which much more care.

Some of the trails are technical, with drop-offs and jumps, some have natural features such as roots. Some are tight and twisty through trees, while others have more flow. Some trails have had man-made wooden features, but these often get removed as they can pose a hazard.

This trail centre on the border of England and Wales is my favourite place to ride. The official trails start at Oneplanet Adventure. There are the large green, blue, red and black graded trail loops, but there is also a skills area, pump track and a freeride area to improve and test out your skills.

Comparing with my local trails, you immediately notice the different surface; harded rock instead of soft mud. The first time riding Llandegla, the lung-busting first climb felt like it went on for an age. I followed the red route while my friends rode the blacks. Joining back up towards the end, there are some more nasty climbs to finish you off. Luckily the café has some awesome food.

Returning with more experience and confience, I tackled all the black sections. The black sections aren’t as difficult as I was expecting, but they’re graded higher due to the additional fitness required to complete them.

This first climb gains you most of the elevation of the loop in one big hit, something which is impossible at Cannock. The trail has a lot of variety, starting with a short slalom style, high-bermed section before traversing an exposed section with a few jumps and small pieces of wooden boardwalks.

Once you enter the trees, the thrills begin.

There are no official mountain bike specific routes around the Peak District. But there are plenty of classic loops which make use of the bridal paths. You’ll be competing with the odd group of walkers and need to be self-sufficient as you explore more remote areas of the countryside. The trails are long, making use of the large peaks, but that also means you need a good level of fitness to reach the top.

I have only ridden around Edale in the “Dark Peak”, which is centred around the Ladybower reservoir. There are some well-known sections, including “Cut Gate” and “Jacob’s Ladder”. 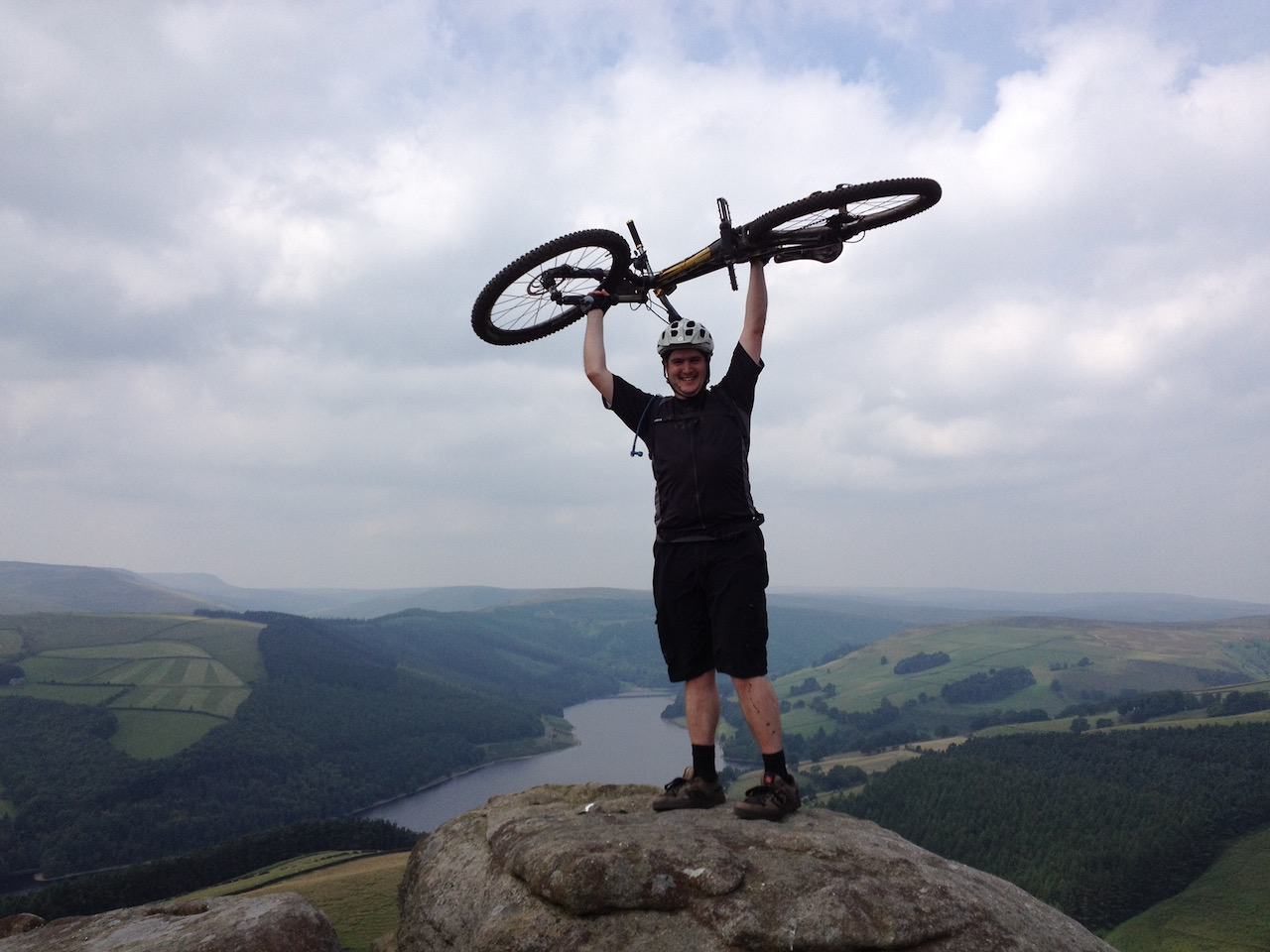 I have ridden two of the official trail centres in The Lake District. Altura Trail at Whinlatter which is divided into a north and south loop totally 12 miles. The North Face at Grizedale a 10 mile loop in the south of the region.

In June 2010, a friend and I took a trip up to Keswick to spend some time riding the trails at Whinlatter. We had some nice accomodation only a few miles from the trail head. Unbeknown to us, this primarily involved climbing 1,000 feet up Whinlatter pass to the visitor centre.

Coed-y-Brenin has a few different trails, but the most famous is “The Beast”, which is an extension of the original UK mountain bike trail. It is a huge loop with technical rocky climbs and descents which demand your attention. The Welsh weather combined with the hard surface means there is often a lot of water about and the sharp rock edges can often catch you out. I would only recommend this loop if you’re really fit, a proficient mountain bike rider and have the tools to repair your bike as it takes you to some remote places.

Penmachno doesn’t have a bustling trailhead so you need to come prepared. It’s location in mid-Wales takes you on similar terrain as Coed-y-Brenin. I rode this in mid-Summer on the hottest day of the year and the trails were still wet! There is a decent climb to start, but eventually there are some really nice single-track sections. If you pick the extended loop option, you will be rewarded with views of Wales’ highest mountain, Snowdon. However, I felt the final descents took a toll, I wasn’t prepared for the unrelenting shocks and my wrists didn’t thank me. It’s definitely a trail to tick off your list, and although I would ride it again, it’s not somewhere I’m itching to return to.