Continuing my monthly movie summary, here's a run-down of some of the movies I watched in October 2021. I watched 29 movies this month, taking the total for the year to 319.

For October, I decided to check out a bunch of horror/slasher movies I hadn't seen. I started off with director John Carpenter's original slasher movie; Halloween. From 1978, this was part of the golden age of the slasher genre and kicked off a massive franchise. The movie is suspenseful, with glimmers of the terror that awaits. It builds suspsense brilliantly, with a decent backstory and an ominous presence. The shadows, the music, and the scares are all top-notch. I can see why this is a classic.

The Conjuring 2 is the follow up to The Conjuring, both directed by James Wan and starring Patrick Wilson and Vera Farmiga. Set mostly in England during the 1970s, the vibe is brilliant and the hauntings pretty violent. There are some very creepy moments, including a few decent jump-scares. This is a much watch if you like horror movies.

The Night House start off quite slow, but halfway through it kicks off spectacularly with the biggest scare I can remember. There are some really cool concepts explored and you have to pay attention to spot some of the more subtle ideas. Although the "twist" towards the end is obvious, this supernatural thriller/horror should definitely be on your radar.

A Time To Kill features big star names from the '90s, directed by Joel Schumacher and starring Matthew McConaughey, Samuel L. Jackson and Sandra Bullock. It is a court room drama, with what should be an open-and-shut case. The majority of the story tackles racial in-equality. 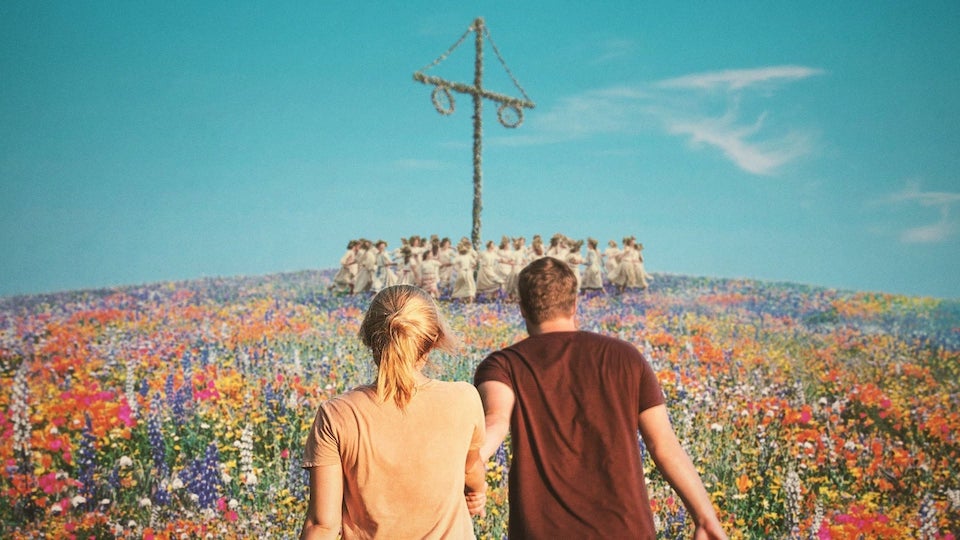 Midsommar is Ari Aster's follow up to the scary Hereditary. Most horror movie's are dark, hiding scares in the unseen, but Midsommar is full of colour. The spirital cult-like setting with strange traditions and culture clash is very reminiscent of The Wicker Man.

The movie is incredibly well-made. There is meticulous craftsmanship throughout, from the direction to the production design, camera-movement and cinematography. The movie perfects a sense of unease and dread. There are some crazy scenes which you as the viewer know how they'll play out, but you're unable to warn the unsuspecting visitors.

Although there are a few strands that are left a little untied or abruptly disregarded, there is plenty to keep you intrigued. The whole movie will stay with you long after the credits role. 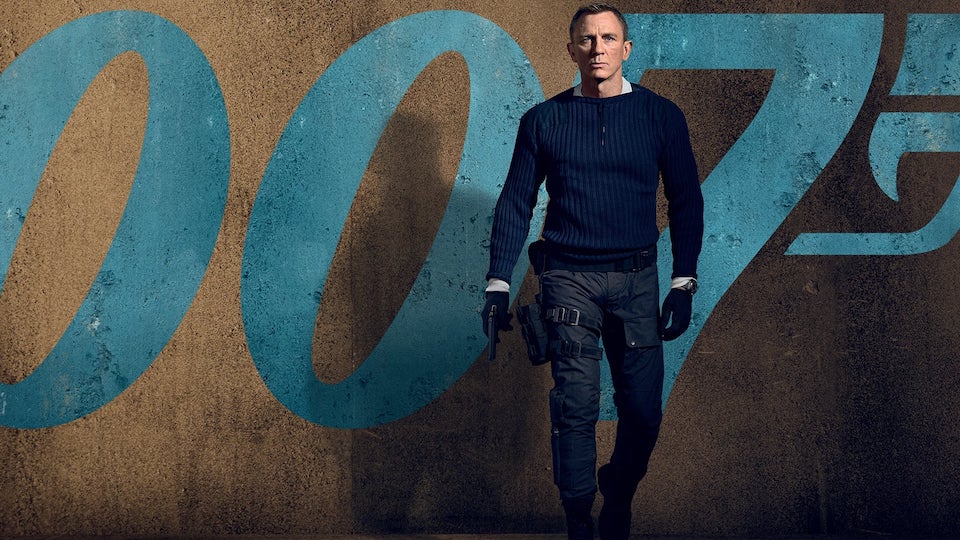 Bond is back at cinema, finally! After five movies and fifteen years, No Time to Die is Daniel Craig's final outing as the suave British Secret Service agent. There are car chases in classic cars, martini’s in a tuxedo, exotic locations, gadgets, quips, an underground lair and a deluded maniacal baddy with a god complex. This is definitely a James Bond movie.

The action is top-notch, there is a certain humour and I liked the subtle jokes and references – especially the classic opening titles pose towards the end. But it’s overly long and the baddy is a little underused.

This ties up the Daniel Craig era nicely, concluding the storylines of the recent movies and ending with quite an emotional goodbye.

After watching the original Halloween I followed it up by it's direct sequel, Halloween 2. This movie takes place straight after the first ends, following the characters to the hospital, with Michael Myers not far behind. Not directed by John Carpenter, it loses a little of its charm, but is a solid sequel which features a definitive conclusion.

I also watched the second movie in the latest "40 years later" franchise, titled Halloween Kills. This movie follows the 2018 Halloween, not the 2007 Rob Zombie version. These movies disregard all but the original movie from canon, following Laurie and her own family as they grapple with the horror of Michael Myers. This movie follows the characters to a hospital, directly after the events of the first movie – s imilar to the original sequel thats not canon in this series! John Carpenter returns to the franchise, with his work on the music.

The original movie is quite simple. It features a group of four people escaping to a mall and trying to survive the zombie apocalypse. When they think they're safe, they're attacked by a larger group of people. There are some tense moments and some laughs. The zombies are stupid and a little blue! You have to appreciate the era in which the movie was made to understand how it is a classic.

The remake on the other hand, although had much better visuals it lacked the simplicity of the original. Instead of a tight-knit group of people at the mall, they start with five and then more and more are added to the mix. Bigger doesn’t necessarily mean better and this version lacks the social commentary of the first. As expected, with the much larger budget and more modern techniques, the overall look of the movie is better, but nothing really stands out.

After watching two classic movies which spurned franchises, there are two other classic franchise horror movies I have yet to see; Friday the 13th and A Nightmare on Elm Street. Maybe one for next slasher season, if they're available on streaming services. 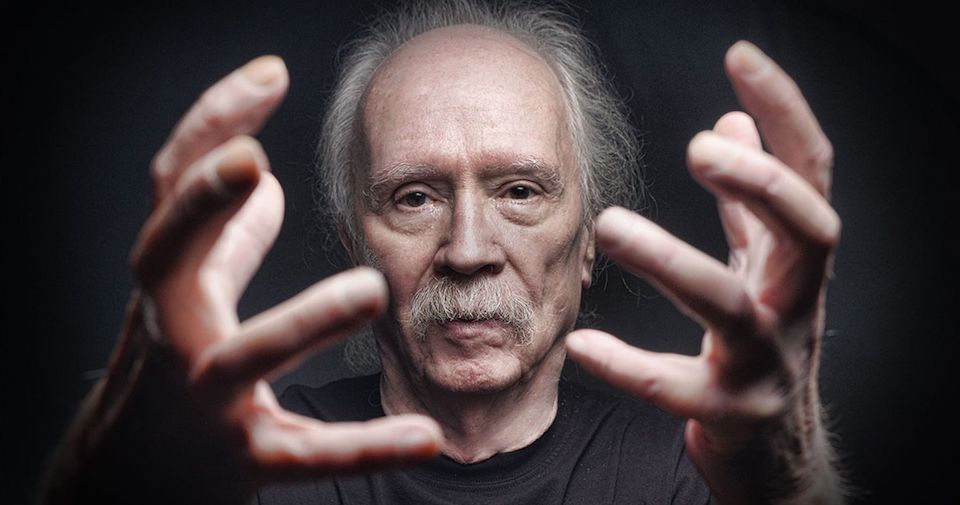 Cult classic director John Carpenter made a name for himself with the original Halloween movie and is probably best known for The Thing. I have seen a few of his movies and ended up watching three for the first time this month. Aside from Halloween, I was disappointed with both Assault on Precinct 13 which is incredibly simple and didn't offer much, and Escape from New York which had potential but I felt was too campy – probably a product of its era.

The Report is a political biography drama. The subject is both dry – creating a report for a US senator – and disgusting – investigating state torture – but these come together in a captivating performance by Adam Driver. Good movies bring out your emotions, this movie instills frustration and makes you angry, so it succeeds in that regard. Definitely check this movie out, especially to learn about a slice of recent history, and to witness courage and sacrifice everyday people are making in the background without recognition.

The House That Jack Built is the latest movie by controversial director Lars von Trier. This is a dark and violent anti-hero story of a serial killer. The violence is graphic and unglorified and the evil acts are conflicted with the character's mild demeanor. Aside from the in-your-face intellectualism and the epilogue which wasn't needed, this is a worthy watch if you can stomach it.

The Perfect Host is an usual movie and nothing you are expecting. A wanted man finds himself at a mild-mannered man's house as he prepares for a formal evening party. The less you know about the movie the better, it takes many twists and turns, notably a dance number!

Old is the latest movie by M. Night Shyamalan and I found it a little disappointing. I am a fan of the director and I am always interested in movies he is attached to. The concept of people that are rapidly aging but stuck on a beach is unusual. There were some interesting ideas explored and topics we are all going to face in the future. The morbid undertones contrast with the idyllic setting and there are a few gruesome scenes, but overall something was missing.